Warning: Declaration of ET_Theme_Builder_Woocommerce_Product_Variable_Placeholder::get_available_variations() should be compatible with WC_Product_Variable::get_available_variations($return = 'array') in /usr/www/users/safeqqgztr/wp-content/themes/Divi/includes/builder/frontend-builder/theme-builder/WoocommerceProductVariablePlaceholder.php on line 199 The Causes of House Fires and How to Prevent Them - Safequip Pty Ltd
info@safequip.co.za
0 Items

The Causes of House Fires and How to Prevent Them

A short guide on preparing your home for the fire season

With seasons changing, this means that sooner or later, we get into the thick of the fire season in South Africa. While most fires around this time of year happen in and around the Western Cape, the danger of fire outbreaks in the hot and dry summer periods is ever-present all around the country. In this article, we are exploring 5 common causes of house fires and the ways you can prevent them.

As such, being prepared will always pay off, even if a house fire disaster doesn’t strike. Accidental fires can start suddenly and spread quickly, destroying your home before you can process what happened. Even small fires that are put out quickly can cause thousands of Rands in damage to your belongings.

According to stats released by the Fire Safety Engineering Guideline for Informal Settlements show that in 2018, 15-30 fires occurred daily in South Africa, accounting for at least one death per day. Furthermore, we already know how rampant fires are in South Africa’s fire seasons – this is of course made worse by the huge levels of poverty in the country, as well as the large number of informal settlements that are at constant risk of being destroyed in an uncontrollable blaze.

Looking at recent times, we’ve seen entire communities destroyed in disastrous fires like the 2015 Cape Wildfires where over R11 million in damages was incurred in 3 months, as well as the 2020 Alexandra Fires where 200 shacks were obliterated in a huge accidental fire.

While you should always have a home insurance policy to help with damage limitation, you should never hesitate to put some time and focus on proper fire safety and prevention. Let’s get to the gist of the blog, shall we? 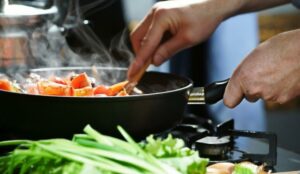 A look into accidental cooking fires

Cooking fires are some of the most common kinds of house fires and are known to cause a significant number of residential fires every year.

These types of fires are usually caused when grease on a stove or in an oven becomes overheated. On average, grease becomes flammable when exposed to about 315 °C of heat; at that stage, grease can combust rapidly, even without direct contact with an open flame. Flames caused in this manner are known as Class F fires and are very difficult to smother or extinguish. However, fret not because here are tips to extinguish different cooking fires:

Keep the door closed, turn off the appliance and let the fire burn out in the enclosed space.

Should a fire start, take a pot lid that you should handle carefully with a cloth and cover up the flames until they’ve smothered out. Do not peek!

Make sure you cover the flames with a metal lid or cookie sheet and leave it on until the fire has cooled. Thereafter, do not forget to turn off the heat source. In the case of a small fire, pour salt or baking soda to smother the flames.

You should never leave your kitchen unattended when cooking with any oil product. Many cooking-related house fires start because someone leaves their pots unattended – you’d be doing yourself justice by staying focused on your pots well throughout meal preparation.

We also recommend that you thoroughly clean your cookware to prevent grease build-up and reduce the chances of a sudden fire outbreak. If you’d like to learn more about how to prevent a fire outbreak, simply fill out this form and we’ll be in touch soon.

Most homes are filled with items and appliances that are ever-present fire hazards – from toasters and portable stoves to frying pans and electrical appliances.

To stay safe, you should always turn your appliances and cooking apparatuses off when you’re not using them. You should also make a habit of cleaning your appliances and cookware as often as possible to prevent a build-up of flammable oils and grease. To learn more about keeping your home safe from a potential fire outbreak, reach out by clicking here and we’ll be in touch! 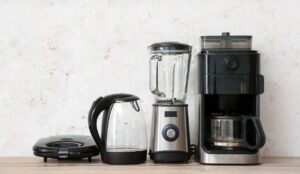 According to the EFSI (Electrical Security Establishment International), most electrical fires are caused by short circuits or loose wire connections that create sparks that ignite flammable materials within close proximity, like a curtain or table cloth.

Electrical fires are some of the most dangerous kinds of house fires that people are vulnerable to; in most cases, these fires start small in hidden or concealed areas of the home. When homeowners eventually become aware of the fire, it’s usually too late for them to extinguish the flames.

Faulty wiring is an issue that can catch anyone off-guard at the worst possible time. We recommend that you have your home’s wiring inspected by a professional electrician at least

two times a year. You should also resist the temptation to take on complex DIY electrical projects, as a build-up of small and seemingly non-dangerous mistakes can lead to fire outbreaks.

You should always be prepared to combat fire outbreaks, whether in your home or your place of work. If you’d like to find a fire safety technician near you, click here! Through the SAQCC (The South African Qualification & Certification Committee for the Fire Industry) website, you can find qualified technicians and certified fire safety companies to assist with your fire safety needs. 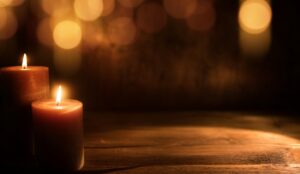 Last but certainly not least on this list of house fire prevention tips are candles. For most South Africans, candles are a must-have item for the home. Because South Africans are so reliant on candles, many house fires are caused when people place candles in high-risk areas throughout their homes.

Equally so, the matches and lighters used to light candles can also be fire hazards when left in places that are easy for children to reach. If you live with kids, you should always take special care to leave your fire-lighting tools well out of reach of the little ones.

Finally, you should make a habit of keeping active candles about 30cm away (radially), the length of a standard ruler, from combustible materials and items. Always put out candles when you’re no longer using them; e.g. during load shedding, you should always make a mental note to extinguish candles when the power comes back on.

This kind of fire is normally found in any building or confined space and is usually contained and attended to. Pertinent examples of the latter are campfires, fires meant to burn debris, and litter.

Fire outbreaks can be caused by myriad factors, and unfortunately, some of those factors can be blamed upon ourselves and some are beyond our control.

In addition, domestic fires have different fueling agents and are caused in a number of ways. Here’s a list of 3 causes of domestic fires:

Flammable and combustible items – Items such as perfume, flammable liquids such as kerosene and methylated liquids are usually brought into living environments by the residents The good thing about this is that you can prevent any fires starting up by storing these items away from the heat and making sure you know their storage requirements. Ultimately, avoid bringing such items into your home at all costs.

Arson– This is the malicious cause of the fire, as it is deemed an intentional fire. Some can be set through a strike, protest, or riot, but the sad part about them is that they are beyond the control of the property

Lightning– Fires caused by lightning can be averted through the installation of lightning As unpredictable and unnecessary as the severity of lightning storms are, you can never be caught flat-footed when it comes to preventative measures.

Additional causes of domestic fires to be cognisant of are smoking, fireworks, lightning, braai areas, and stands, the curiosity of children.

Prevention is the best kind of protection

Domestic fires simultaneously speak to the risk of people’s lives and the destruction of household properties. It’s needless to say that because these fires occur in homes, members of households are most vulnerable to and in danger of being hurt during these fires. You can safeguard against domestic fire outbreaks through the following measures:

Here’s what you will need to be safe:

In 2009 alone, South African National Fire Statistics recorded most cases of fires that exceeded R5 million in reparation and relief. We urge you to follow some, if not most of our safety and prevention tips to curbing and keeping safe against fires.

Whether the fire outbreak is cooking-related, caused by a kitchen appliance, or ignited by a candle, it always has a way of catching people completely off-guard. You should never be complacent with the everyday fire safety measures you need to consider for your home.

Safequip is serious about fire safety, and your safety both at home and work.

Please complete our contact form if you have any questions related to this article. We will be more than happy to assist.