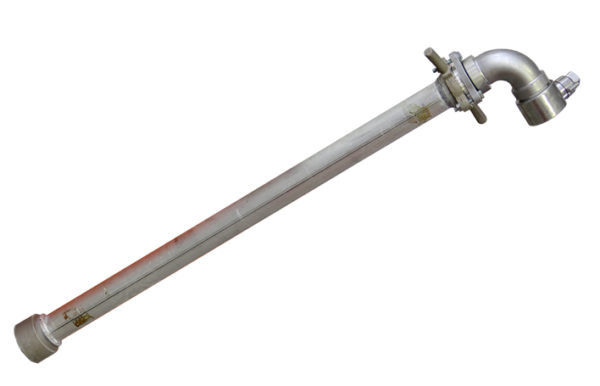 A standpipe is a type of rigid water piping which is built into multi-story buildings in a vertical position to which fire hoses can be connected, allowing manual application of water to the fire. Within the context of a building or bridge, a standpipe serves the same purpose as a fire hydrant.

Advantages:
Laying a firehose up a stairwell takes time, and this time is saved by having fixed hose outlets already in place. There is also a tendency for heavy wet hoses to slide downward when placed on an incline (such as the incline seen in a stairwell), whereas standpipes do not move. The use of standpipes keeps stairwells clear and is safer for exiting occupants.

Standpipes go in a direct up and down direction rather than looping around the stairwell, greatly reducing the length and thus the loss of water pressure due to friction loss. Additionally, standpipes are rigid and do not kink, which can occur when a firehose is improperly laid on a stairwell.

Standpipe systems also provide a level of redundancy, should the main water distribution system within a building fail or be otherwise be compromised by a fire or explosion.